Memories of the Workhouse... 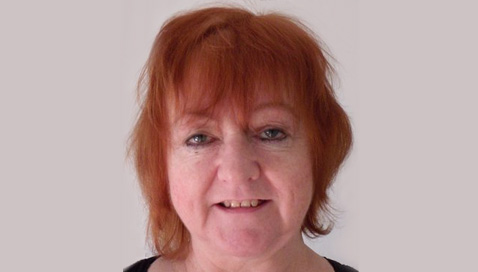 Local historian Monty Dart talks about the impact of the workhouse on her own family at the turn of the century.

show transcript
My dad and his sisters were born in Newport, although from Scottish descent apparently. My father's brother was the eldest and he was about ten, and then they went down in ages. There was an advantage about going into a workhouse you see, although they might have not realised this. They were put to work sometimes in families and my father was given work at the Town Hall. But my two aunts, Alexandrina and Ethel, were farmed out as maids and, in fact, the Caerleon Industrial School used to send the children abroad if they were particularly good. And my aunts went to America and lived there for the rest of their lives. They began as maids and then got their own employment. They were very lucky. I mean, other children, you know, ordinary children who hadn't been in the workhouse, may not have been as lucky as them.

Girls in the workhouse used to take in laundry from all over Newport, which meant anybody who was posh would have their laundry done in the workhouse. Everybody would have their name on the items, sewn into the sheets, a little label, or sometimes they used to write in indelible pencil so that they were returned to them, and they'd launder and press all the items and send them back.

I think you'd find with any town in Britain that they'd always care for those who couldn't care for themselves. These are of course the years before Benefit was available.

Local historian Monty Dart talks about the impact of the workhouse on her own family at the turn of the century.

Monty talks about her father and his sisters who were sent to the workhouse in Newport.  They were given jobs, and in the case of her aunts this lead to work in America as domestic maids.

Monty suggests that sometimes Workhouse children could get opportunities like this that other children missed.  She talks of the Workhouse laundry which took in the town’s washing, and suggests that in the days before Benefits, all towns looked after their poor in similar ways.